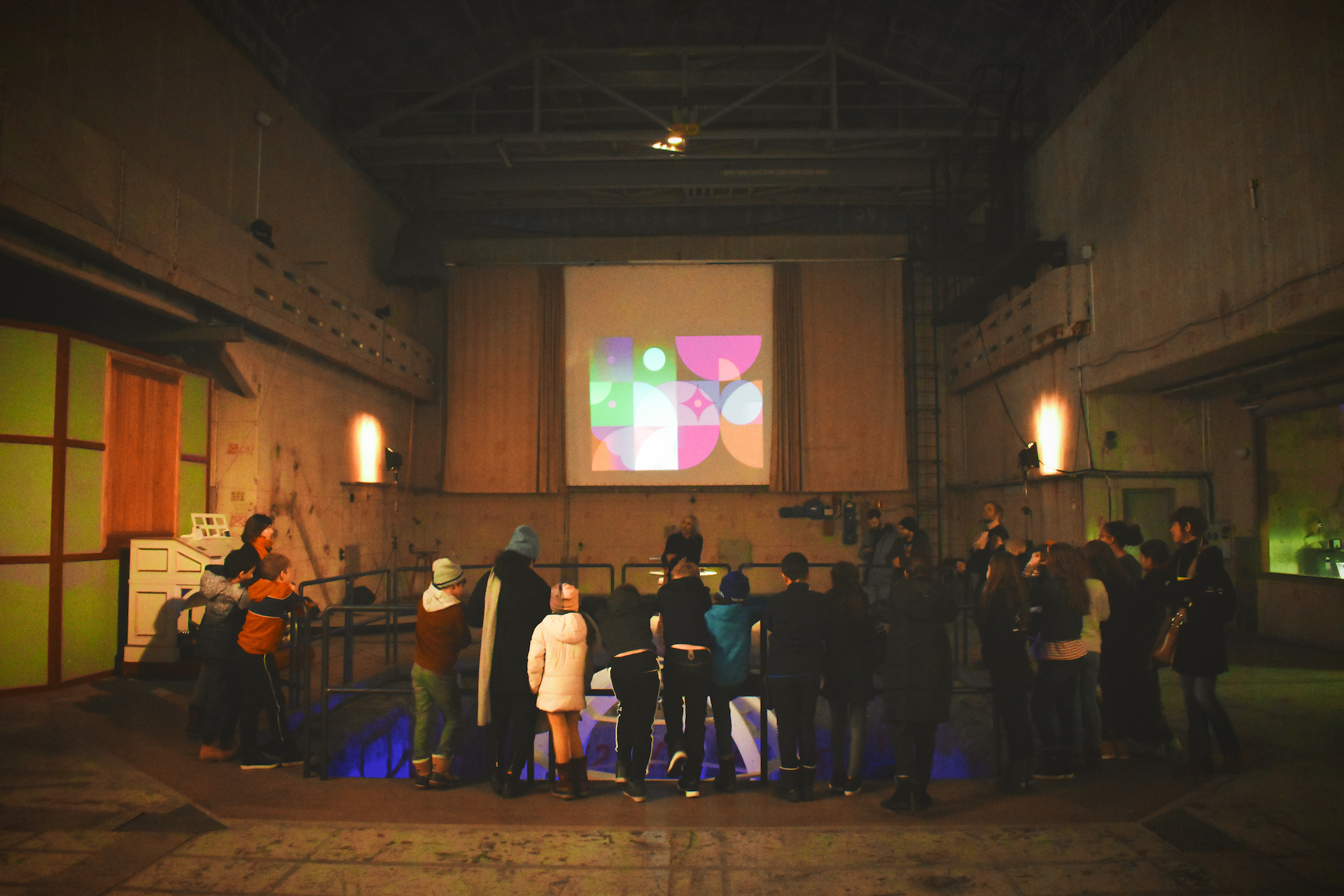 "It’s strange they're so big because computers are very flat" says one 10-year-old as they curiously approach the objects on the table.

Laid before them is a set of salvaged computer parts from a 2010’s computer tower rescued from some back closet in the IT service’s office at our school. Maybe that computer belonged to a fellow software researcher? Maybe it was on its way to be destroyed and recycled? It probably didn’t expect to become part of an interactive installation in Sweden’s first nuclear reactor and to be touched, swatted at and caressed by French-Swedish grade school students.

The installation re|trash combines playful interaction with generative sonic and visual feedback, triggered by touching computer parts. These computer parts are often perceived as scary, as complex and confusing, or even as something prohibited. Touching these strange and mysterious elements might make them approachable, silly and mundane, which has potential to influence children’s values towards computational objects in general. By also explaining what each part does - the software to the hardware - the computer, the large “black box”, can be dissected and further understood.

The code for this project is on our GitHub repo 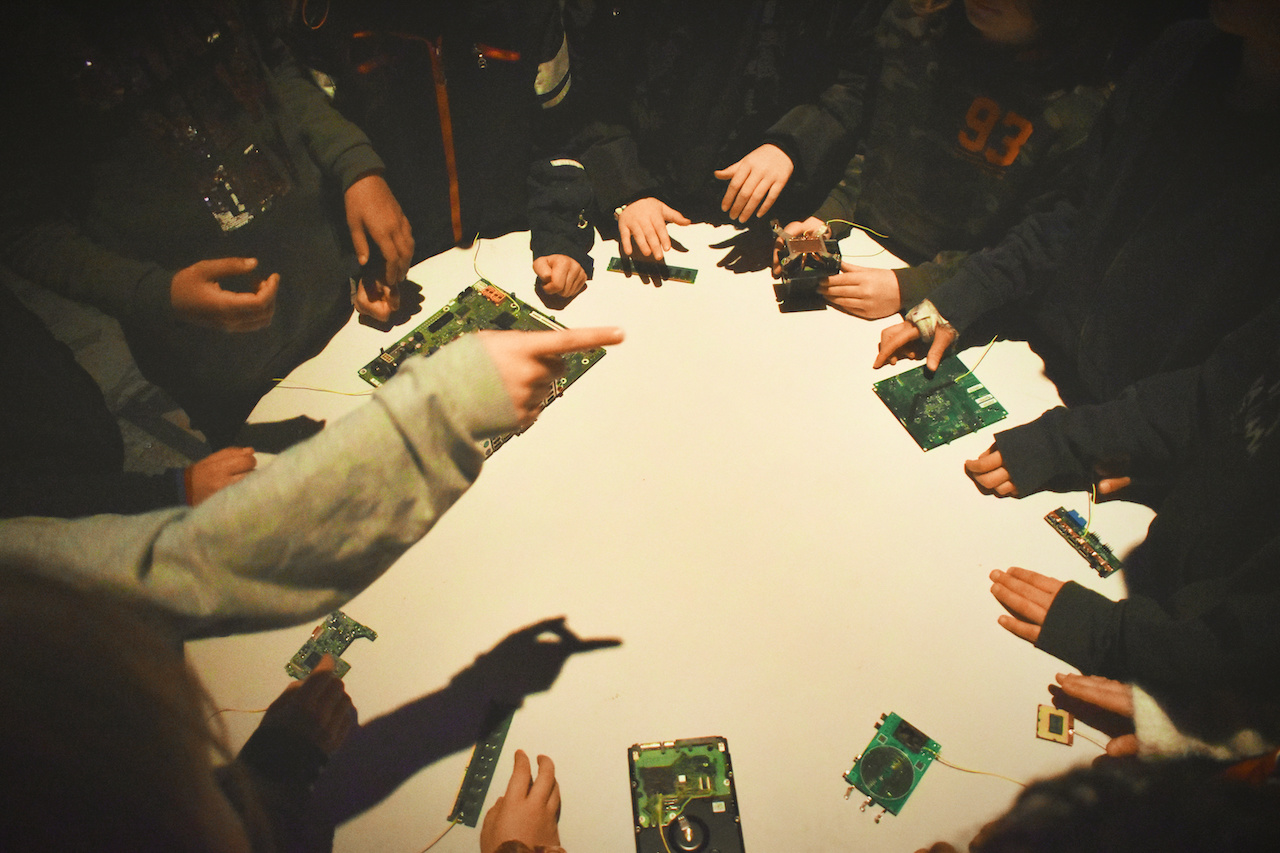 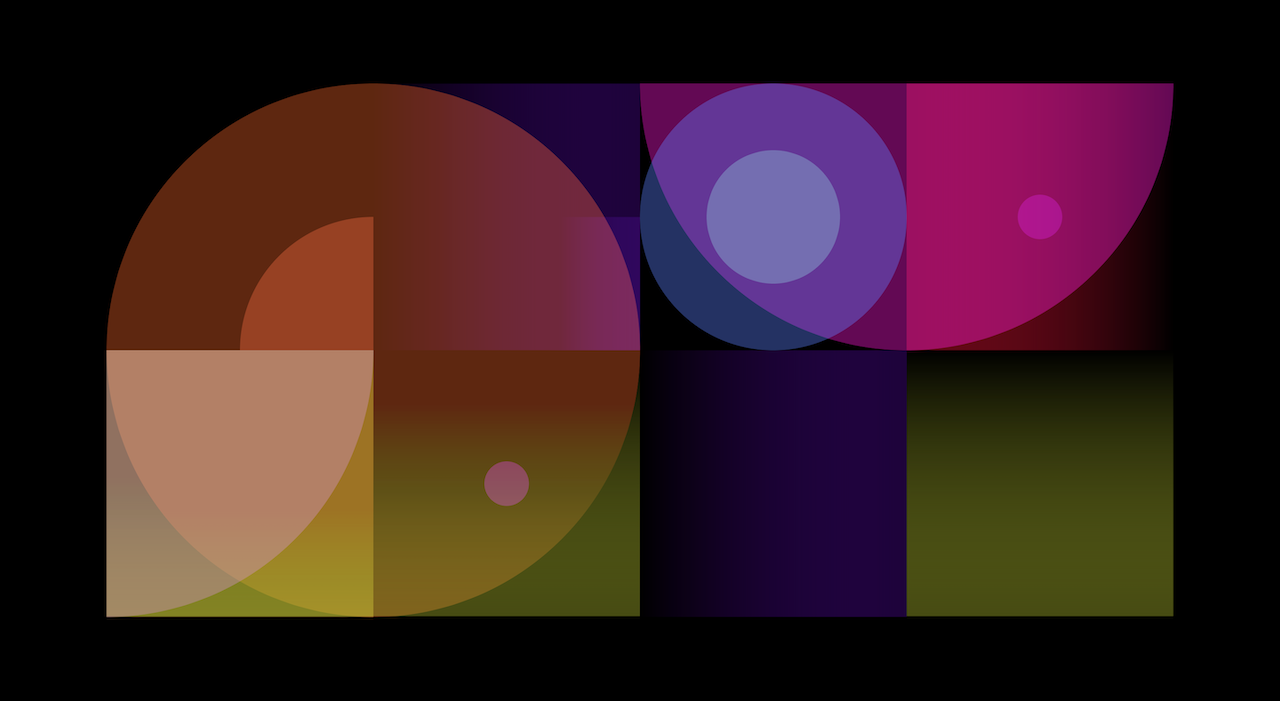 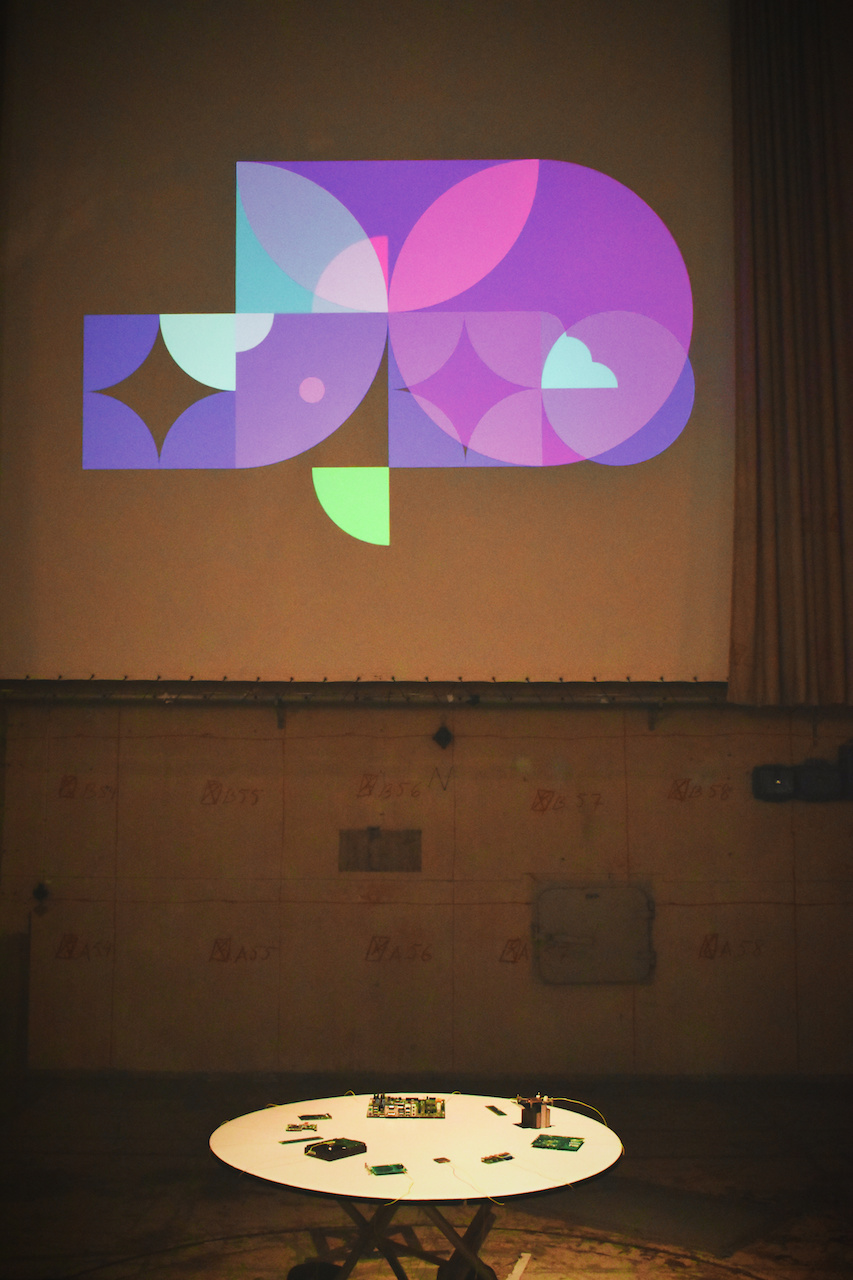 Demo of the generative visuals