un|fold is a multidimensional light and sound sculpture, created for the historic Turbine Hall at the KTH Royal Institute of Technology, as part of the Nobel Week Lights 2022. It contrasts the simplicity of digital actions that can be used to explain complex chemical processes with the actual complexity and intricacies of the software traces that perform these actions. 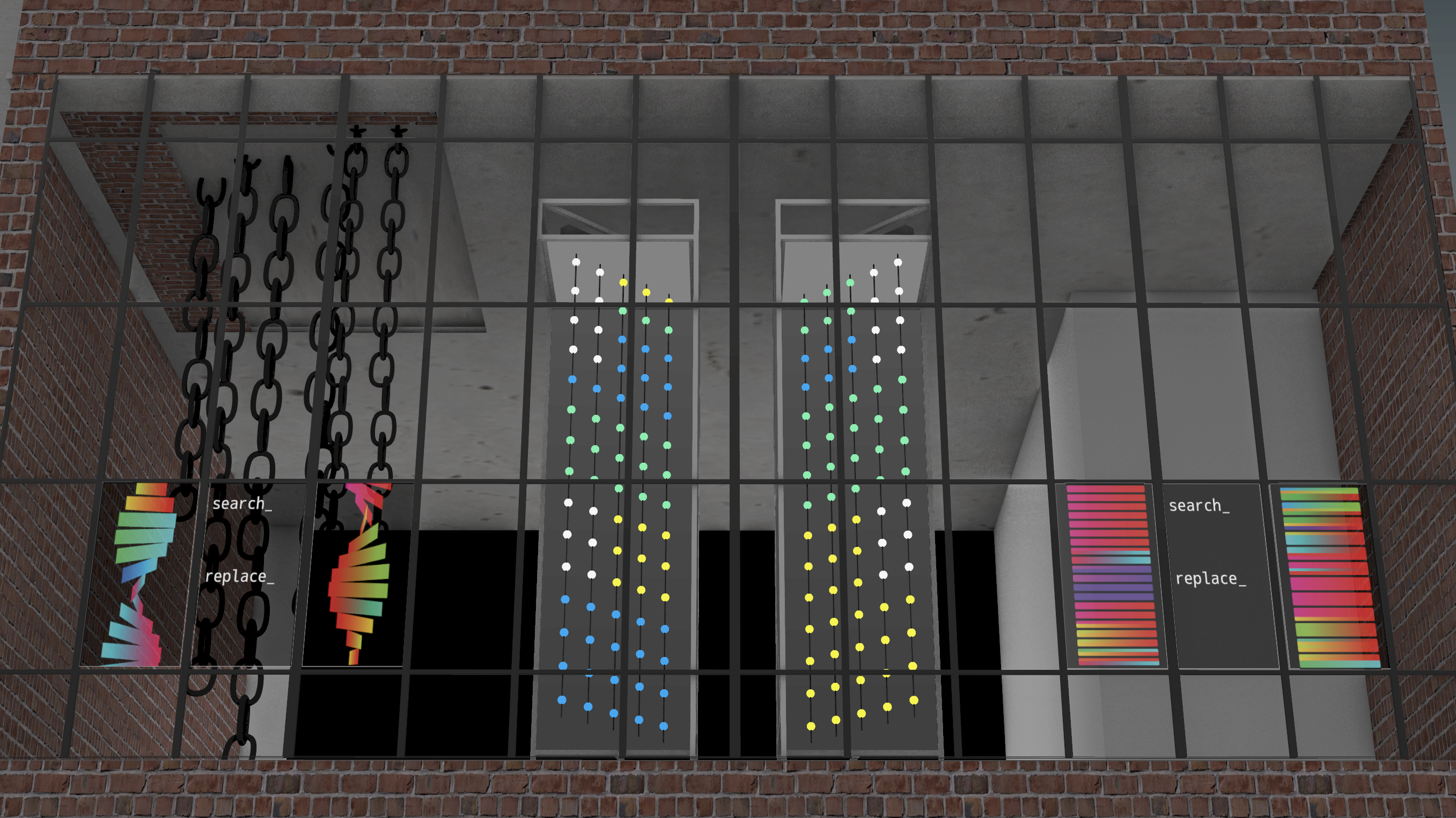 In 2020, the Nobel Prize in Chemistry was awarded to E. Charpentier and J. Doudna “for the development of a method for genome editing.” One way of explaining genome editing is to liken it to editing in a text document, specifically to “search and replace”, since the key to the CRISPR technology is the ability to identify and replace a part of the DNA. While the processes that enable the CRISPR search and replace action on genomes are extremely sophisticated, people draw parallels with text editing as a simple analogy in order to make the complex chemistry more accessible.

A search and replace operation in a text editor is appropriate to illustrate the complexity of CRISPR with a mundane digital operation that is easier to grasp than the intricate chemical processes involved in DNA engineering. It is fascinating to notice that, in contrast to this apparent simplicity, the software processes involved in a search and replace are intricate and complex. Even what we perceive as the simplest digital sections is an invisible and intangible set of processes that run millions of operations per second, on top of world-wide networks. With this software art installation, called un|fold, we wish to draw attention to the hidden yet impressive and beautiful complexity that lies below the most basic digital actions. Our goal is to create appreciation and interest in the intricate layers of code involved in the actions of search and replace, through a multidimensional light and sound sculpture.

un|fold enchants visitors with a large 3D LED sculpture that occupies the whole space in the turbine hall. The pulse of the light sculpture conveys the depth of the code layers that unfold when we search and replace text in an editor. The layers are composed of long streams of operations, as well as of different parts that have been created by various organizations, and put together by the creators of the text editor.

un|fold is composed of three layers:

un|fold was supported by the KTH Royal Institute of Technology, The Nobel Week Lights and the Wallenberg Autonomous Systems, Software and AI Program (WASP). Special thanks to Leif Handberg (KTH) for his support and for giving us access to an amazing space.